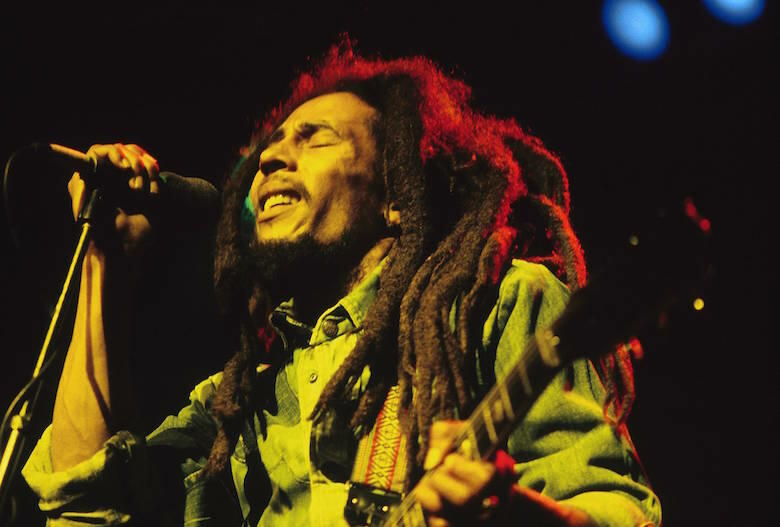 Mento music is a little known style of folk music and dance native to the island of Jamaica that saw its commercial peak in the 1950s.  Sometimes called Jamaican Calypso, it is closely related to that Trinidadian musical form.

Mento bands usually consist of small groups of musicians. Acoustic guitar, fifes, maracas, and the rumba box are all typical elements in the musical production. Banjo however, seems to be central in traditional Mento. Particularly rural groups often featured hand-made instruments such as the bamboo clarinet and saxophone.

A unique style of music, mento is the lineal forebear of reggae, and like blues it is a blend of European folk musics, especially of the British Isles and Spanish influence along with many elements of traditional West African music.  For reasons that are more intricate than this blog-post is prepared to delve into, Trinidadian Calypso was more marketable than Jamaican Mento, and by the middle of the 20th century it had become the music of the Caribbean.

After Calypso lost its commercial appeal record companies decided to make jazz the new music of the Caribbean and began importing jazz musicians into the islands.  Jazz didn’t take root like they had hoped but this injection of fresh blood mixed with the rootsy sound of the Jamaican shanty towns and the new sounds coming from the United States over short-wave radio resulted in the creation of Ska.

Ska was an upbeat dancehall style of music comparable to America’s old rock and roll, recognizable for the guitar skank rhythm style. With the heavy injection of ganja culture, ska superstars such as the Wailers began slowing down their tempos creating the short-lived style rocksteady – best thought of as what I think it really is: a small bridge between ska and reggae.

Reggae emerges with the dominance of Rastafarian philosophy in the previous style, with typically even slower, more intricate rhythms, lyrics with deep spiritual and socio-political messages. Bob Marley, Peter Tosh, and Toots and the Maytals all played defining moments in ska, rocksteady, and reggae, but none of them would have been as significant without Mento.

Below is my cover of “Miss Constance,” a traditional Mento tune available for download here.

I was covered in Celtic-Folk-Punk at blogspot recently.
—

Lojah is a Native American-Irish folksinger from Pensacola, Florida. He describes his eclectic sound as Creolized Roots Music, influenced by Caribbean rhythms, Celtic melodies, and Southern American blues. His music is immersed in social realism, and arcane insight woven together with tongue-in-cheek witticism and a festive vibe. He is currently performing acoustic sets along the Gulf Coast.

“Pub Songs on Palafox” is a four song, lo-fi, EP recorded in the raw as a live-air production that captures the energy and sound of a Lojah solo performance as executed while busking downtown in competition with the various sounds of a bustling city street.

Lojah begins with a rowdy Irish pub tune, “Dicey Reilly“, about a lush of a woman who spends her life crawling from pub to pub; a sailor’s favorite. “The Black Velvet Band” is another classic Irish ballad about infatuation, deceit and injustice which takes us out of the pub and away from the Emerald Isle to a penal colony in Australia. Following up is “Looks Like Jesus“, a rockabilly-blues styled piece and a Lojah original that tells the story illustrating the conflict between despair and ambition, shroud with esoteric imagery, set in the Southern atmosphere he calls home. “Miss Constance” concludes the record, a naughty Caribbean-styled tune about the perils of younger women.
Released 21 June 2013

Fans of Reggae music understand how intimately tied it is to the Rastafarian movement from which it was born.  Rastafari is a religion, a philosophy, a way of life and a social movement.  Depending on whom you ask regarding the nature of Rasta, you’ll get a different combination of these basic premises.

Rastafari emerged from the poor black communities of Jamaica in the 1930s.  The roots of the ideology lie heavily in the collective experience of slavery and Marcus Garvey’s back to Africa movement.  The poor religious people in the shanty towns of Jamaica may not have known much about world history, but they understood the Old Testament stories referring to Egypt and Ethiopia were taking place in Africa; that mystical homeland that legend had endowed with mythic stature.

In 1930 an Ethiopian nobleman Ras Tafari was crowned Emperor of Ethiopia, taking the name Haile Selassie I, the “Conquering Lion of Judah.”  A small group of Jamaican faithful saw this as the fulfillment of the prophecy found in Revelation 5:5.

One of the elders said to me, “Don not weep.  The lion of the tribe of Judah, the root of David, has triumphed, enabling him to open the scroll with its seven seals.”

Immediately a religion converged exalting Selassie as the second coming of Jah (God), and the reincarnation of Jesus Christ.  They called themselves Rastafarians, taking the Emperor’s pre-coronation name.

Rastafarians adopted the Ethiopian Coptic Orthodox epic, the Kebra Negast as a scripture.  This book explains how the Ethiopian people are descended from the Israelites.  The story depicts the courtship of King Solomon and the Queen of Sheba who, according to the text had a son named Menelik.  Menelik was raised in Ethiopia with his mother.  After visiting his father Solomon in Israel once, Menelik returned to Ethiopia with a population of Israelites under the protection of the Ark of the Covenant which they brought with them.  For these reasons Rastafarians consider themselves to be the true Israelites and Ethiopia to be the true Zion, rather than Israel; the Zion of Judaism and Western Christianity.

For the past several hundred years in Ethiopia there lived a community of black African Jews called Beta Israel, isolated from the greater influence of Rabbinic Judaism.  Rastas pointed to this community as evidence supporting their legend of an Ethiopian Zion.  After Salassie I visited Jamaica in 1960 waves of Rastas began immigrating to Ethiopia where they founded Shashemene Village.  The lost Israelites had begun their repatriation to Zion.

An ironic twist in this epic came in 1970 when the nation of Israel enacted the Law of Return, giving Jews and Jewish descendants the right to immigrate to Israel and gain Israeli citizenship.  The Beta Israel quickly sought their right to return to their traditional homeland.  During the 1980s civil war broke out in Ethiopia and famine struck the nation, threatening the Beta Israel community’s survival.  In 1984 in an effort to rescue the exiled Jews, the government of Israel executed Operation Moses; evacuating thousands of Beta Israel and repatriated them to Israel.  In 1991, Israel’s Operation Solomon brought the remaining Beta Israel to Israel.  The entire Beta Israel community, numbering 120,000 people now lives in Israel.  The lost Israelites have returned to Zion.