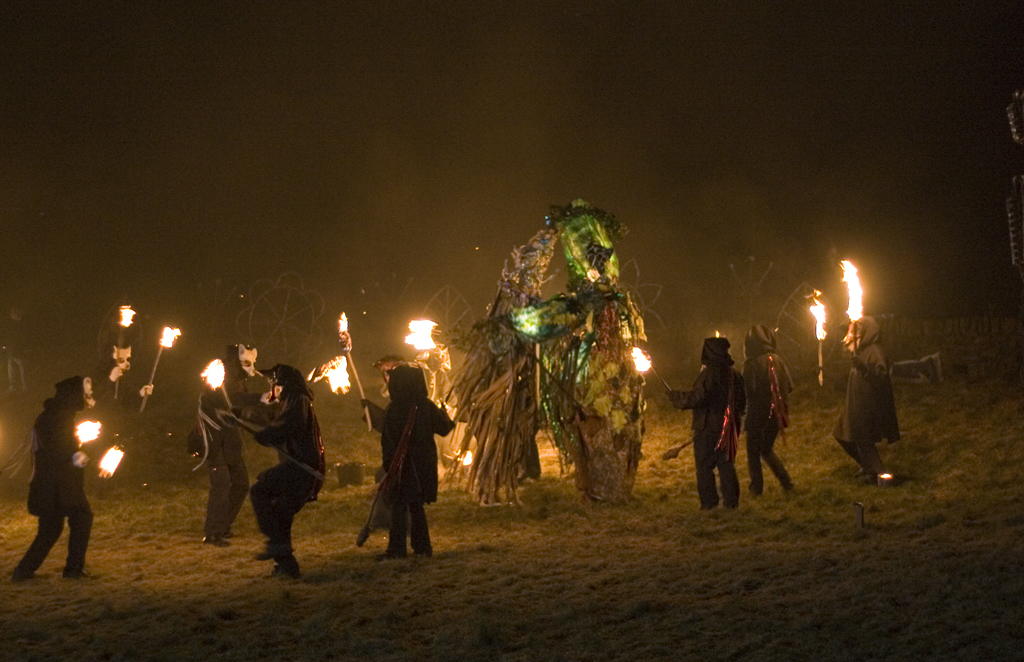 Imbolc is an ancient Celtic Fire Festival traditionally celebrated on February 1st and heralds in the beginning of spring. For several hundred years this day has been the feast day of Saint Brigid of Kildare and before that of an Irish goddess by a similar name.

As the first day of spring, Imbolc is placed early in the season because Celtic people recognized that seasons begin upon their incubation rather than at their midpoint as the seasons are generally measured today. Similarly, the feast day itself as with all Celtic fire festivals begins the eve before the actual calendar date. Being a fire festival, Imbolc was marked by bonfires, hearthfires and candles. And as is traditional for the Irish any time of year, Imbolc would be celebrated with a solemn visit to sacred wells, or rivers

By Imbolc, the days have become noticeably longer since midwinter’s darkness as the sun continues to mature in the sky. The young earth is becoming fertile and the young sun begins to show signs of his virility. Seeds that have lain dormant in the earth will soon sprout. Life is becoming more active as the cold winter fades away. The stag begins to regrow his antlers and shall soon be searching for his spring-time mate. This is the day for coming of age.

In its earliest incarnations, Imbolc was a shepherd’s holiday likely called Oimelc, meaning “ewe’s milk.” At this time of year, the female sheep have often recently given birth and are lactating. Another proposed meaning of the name Imbolc would translate to “in the belly” carrying forward this theme of fertility, mating and pair-bonding.

Though Imbolc is still celebrated continuously in parts of Ireland and Britain, it was also adopted into the neopagan Eightfold Wheel of the Year in the mid twentieth century. In this progression, Imbolc is the first discernible evidence of the fulfillment of that divine promise of Yule, celebrating the returning of light and the fertility of the earth.

Anciently, Imbolc is the feast day of Brigid, patroness of poetry, medicine and metallurgy and celebrates her as the fertile virgin Earth-bride to be mated to the returning sun of spring personified as the youthful Green Man, an archetype of the springtime blooming. His hair and beard are usually represented as leaves and vines. His symbols are horns, vegetation and snakes. Though, the male hero plays an integral role in this relationship, Imbolc is truly in celebration of the Bride. Amongst her many epithets Brigid is referred to as “mistress of fire,” “old lady of the whirling fire,” and selchi shut emyss; “mistress of serpents.” The Catholic saint is portrayed just as strikingly though far less romantically as a bride of Christ.

The serpent is also a symbol of Imbolc. Much like the similar event of Groundhog Day which falls at this same time, the sighting of snakes at this time of year indicates the arrival of spring. Snakes brumate in the winter; a kind of mild hibernation. They return in the spring, making their reappearance a sign of springtime fertility. Snakes have been seen as symbolic of rebirth in many cultures due to the manner in which they slough their skin and are thus each time ‘reborn.’ The sighting of the first serpent of spring is considered a good omen bestowing virile blessings upon the seer. For this reason, the historical celebrations of Imbolc included the pounding of a serpent effigy and the pronouncement: “Today is the day of the Bride. The serpent shall come from his hole. I will not molest the serpent and the serpent will not molest me.”

As an agricultural celebration and the first fertility rite of the year, Imbolc is a time to prepare the fields for the sowing. Traditional celebrations for this time include breaking ground for new crops or blessing the fields, the plows and other farming tools, and offerings were made of milk, honey or mead, and cakes or bread.

Historically, by this time the winter supplies would be dwindling. Few if any fruits or vegetables were available. Wild animals are quite lean in late winter and so were the people having dropped their summer weight as they entered the lean season the Church would eventually institute as the season of Lent. Since wild foods are scarcest and our favorites scarcer still, this time period has historically marked a time of fasting.