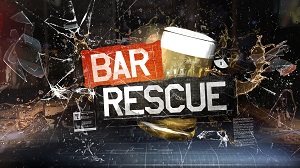 (Originally published in 2012 on GodDrinksBeer.com)

Bar Rescue, at the time of this writing is two seasons deep, and moving toward a third. Airing on Spike TV, this “reality” show is currently one of my favorites.  If you have any interest in the bar and nightclub business this series is definitely worth watching.

Bar Rescue stars Jon Taffer, an industry big-shot who specializes in turning failing bars into lucrative establishments. At the beginning of each episode he sends one of his assistants into the featured bar to assess just how bad off it really is.  After getting a feel for the place they leave and return to meet with Taffer, and deliver their report.  At this point Taffer enters the bar with both barrels blazing, and quite often all hell breaks loose.

It’s a reality show so I’m certain the drama is scripted to one degree or another, but in most episodes it’s pretty clear that there is genuine dysfunction at hand.  Usually the bars are in pretty rough shape, but some are especially terrible. In the majority of cases the problem lies in a lazy or poorly educated management, and slack employees. This results not just in poor products and service, but sometimes in the most disgusting working conditions.  This show has exposed filth that really makes a person wonder what is going on behind the scenes of a lot of struggling bars and pubs you might have a drink or dine in.

A lot of the episodes deal with poor or ridiculous branding.  From just plain stupid names like “Swanky Bubbles,” or the poorly located “Piratz Tavern,” or just bad ideas all around like the “Blue Frog 22” which was decorated with children’s games, Taffer often has to rebuild the bar’s brand from the ground up.  This often includes retraining the staff and management, renaming and remodeling each bar. To back him up, Taffer brings in the support he needs, particularly mixologists, and chefs.

Critics of the show knock Taffer for his loud, in-your-face style. He often confronts owners, employees and even the occasional unruly costumer with the tact and sophistication of a drill sergeant. Taffer has a limited amount of time for each project and sometimes, like boot camp it is important to make a heavy impact, and break the cadet down just before building them back up.  It doesn’t do much good to passively explain what changes need to be made if the root problems in an enterprise have not been addressed and conquered.  Of course a lot of this done for ratings and drama attracts viewers.

In most cases the bar is renamed and completely rebranded, and by the end of each episode it is clear that the new or revitalized original theme has made a significant and lucrative leap forward. Most of the rescued bar-owners keep to Taffer’s advice and continue to see increased profits.  A few reject his changes and then later “decline to comment” on their current profitability.

Bar Rescue is a good show, especially for a “reality” series.  From understanding a bit about marketing toward the local demographics, utilizing the environment as a guide to branding, and the importance of consistency, anyone considering the bar or restaurant business can pick up a lot of good tidbits of wisdom from Jon Taffer by watching.